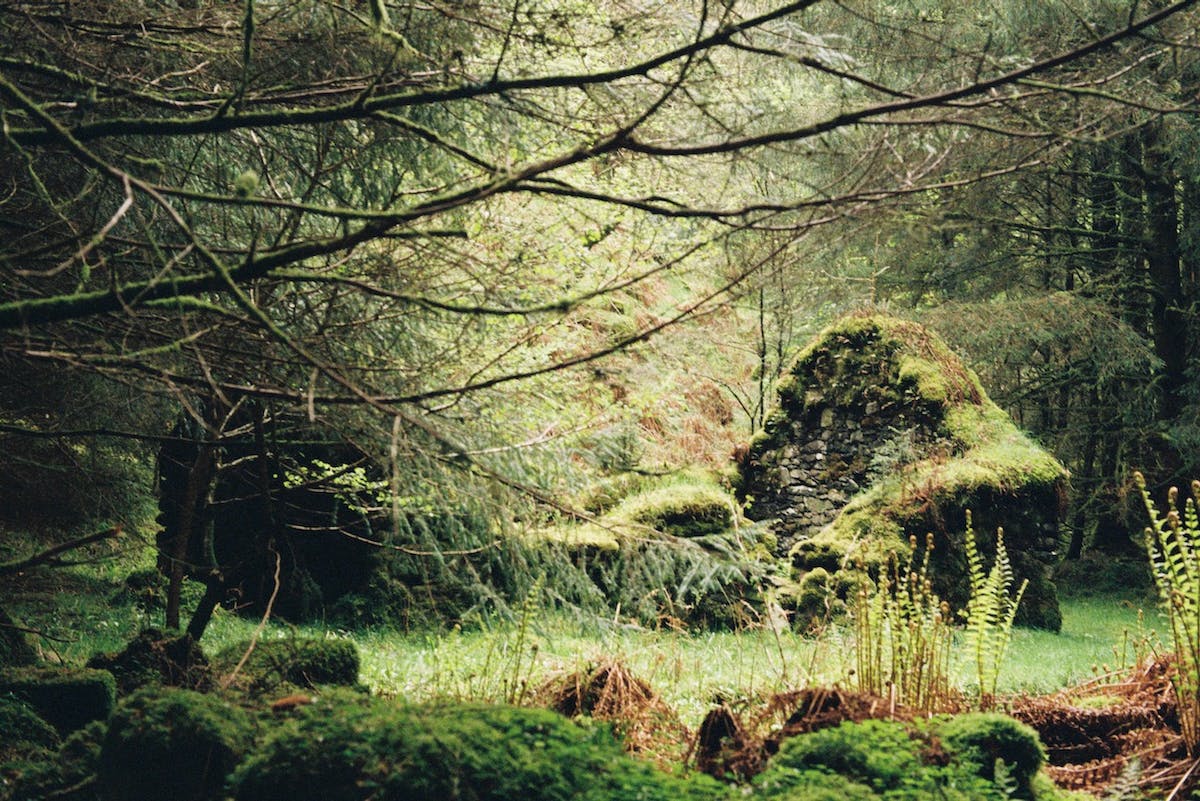 Arichonan is an abandoned village on the West Coast of Scotland. In the 19th century, the landlord evicted the villagers — farmers — to rear sheep.

When the villagers protested, the police came and carried them away. 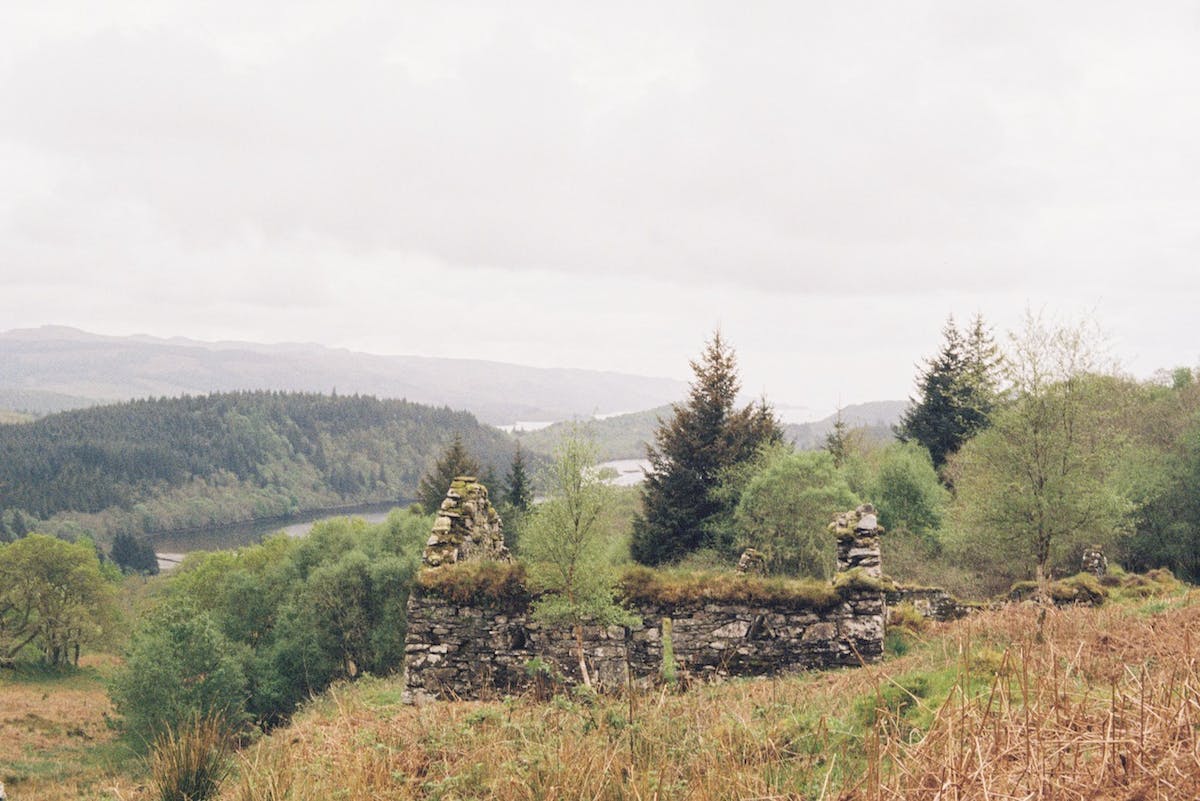 Last month, we visited Arichonan. It was me, Claire, and our friend Erin.

Hidden down a path in the forest, the village overlooks a valley stretching miles out toward the ocean. The village itself sat on the slope, old stone walls criss-crossing the hill. The walls drew the outlines of store rooms, gardens, and cottages. A main house stood at the top of the village. 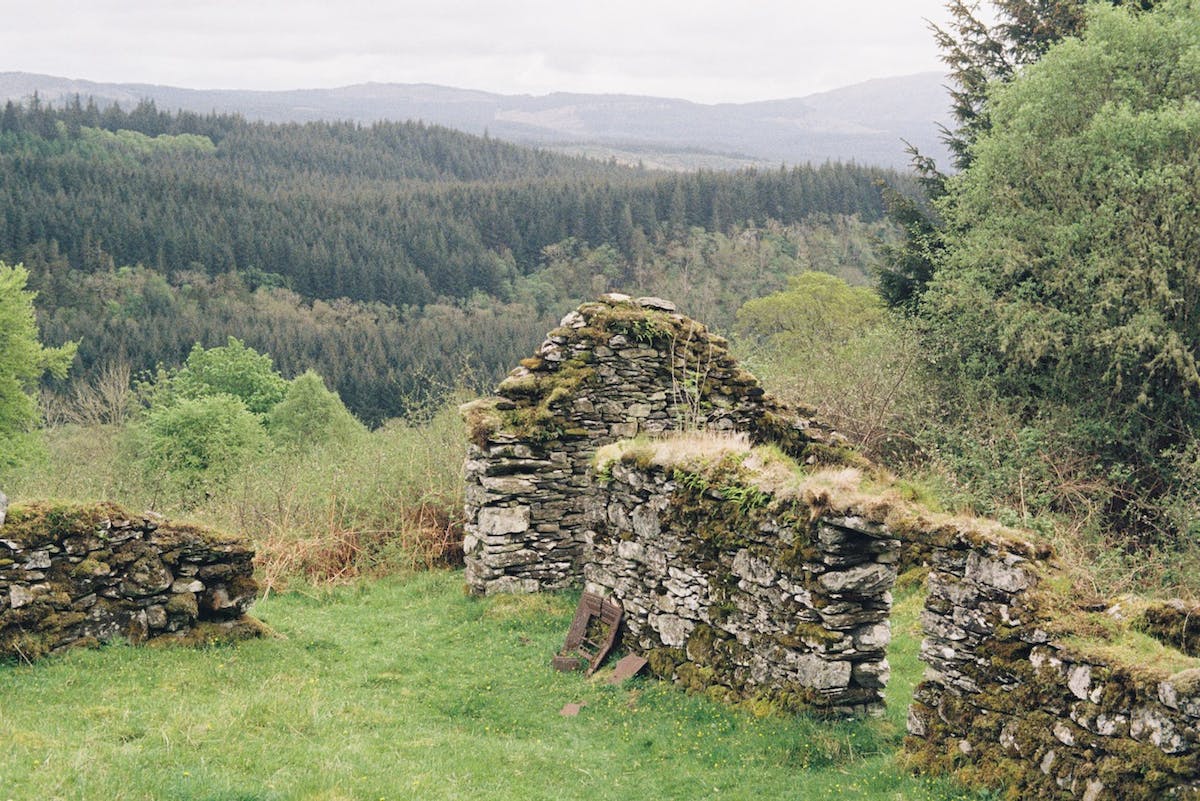 The buildings appeared ancient, but some crisp details remained. A cracked cauldron sat on the ground in one house. An ornate iron hearth leaned against the wall in another.

It was just a few weeks prior when we hosted our friends Liam and Laura. Laura, a Canadian, had ancestors from Scotland. They moved to Canada in the 1800s when they were displaced from their land by sheep.

I thought about my own ancestors, who moved from Aberdeenshire to Canada around the same time. They were poor farmers, too.

According to historians, the farming way of life was difficult and leisurely in turn. Crofters, like my ancestors, rented a small farm from a landlord. Farm work was heavy in the harvest season. For the rest of the year, they had spare time for leisure and craftwork.

During the Industrial Revolution, demand for wool made shepherding more economically valuable than farming. The wealthy landlords who owned most of the countryside evicted their tenant farmers and let the farmland go fallow so they could graze sheep. The farmers were forced to find a new livelihood, farming on poorer land, working for wages in the cities, or making a new life over the ocean. This new flood of cheap labor provided the engine for Britain’s industrialization.

At the same time, in response to Scottish resistance, the British military was stamping out community and heritage in rural Scotland, destroying the traditional way of life.

The combination of military and capitalist subjugation drove Scots out of their traditional homelands, emptying the Scottish highlands. Countryside that was once full of farms and villages became desolate.

During the same period, Romantic painters discovered the dramatic mountains and desolate moors of Scotland. The Romantics popularized a new image of Scotland as a majestic, untamed wilderness — the image that persists today.

Flash-forward to the 1900s. Workers in the cities returned to the Scottish countryside — not to live, but for leisure. Sir Hugh Munro mapped Scotland’s mountains and made hiking the country’s national pastime. Landlords tried to ban hikers from their territory, but Scots fought back. You can’t own the land, they said. The people won, and access to the land became law in 2003.

When you ask a Scot what they do in their spare time, they’ll likely tell you they go hiking. Glasgow itself sits at the foot of the highlands, and you can see the hills from any high point in the city.

When you venture into the hills, it can feel like you’re completely alone.

But you’re not. And sooner or later you’ll walk past a crumbling fieldstone wall or the foundations of a farmhouse — reminders that this place wasn’t always empty. 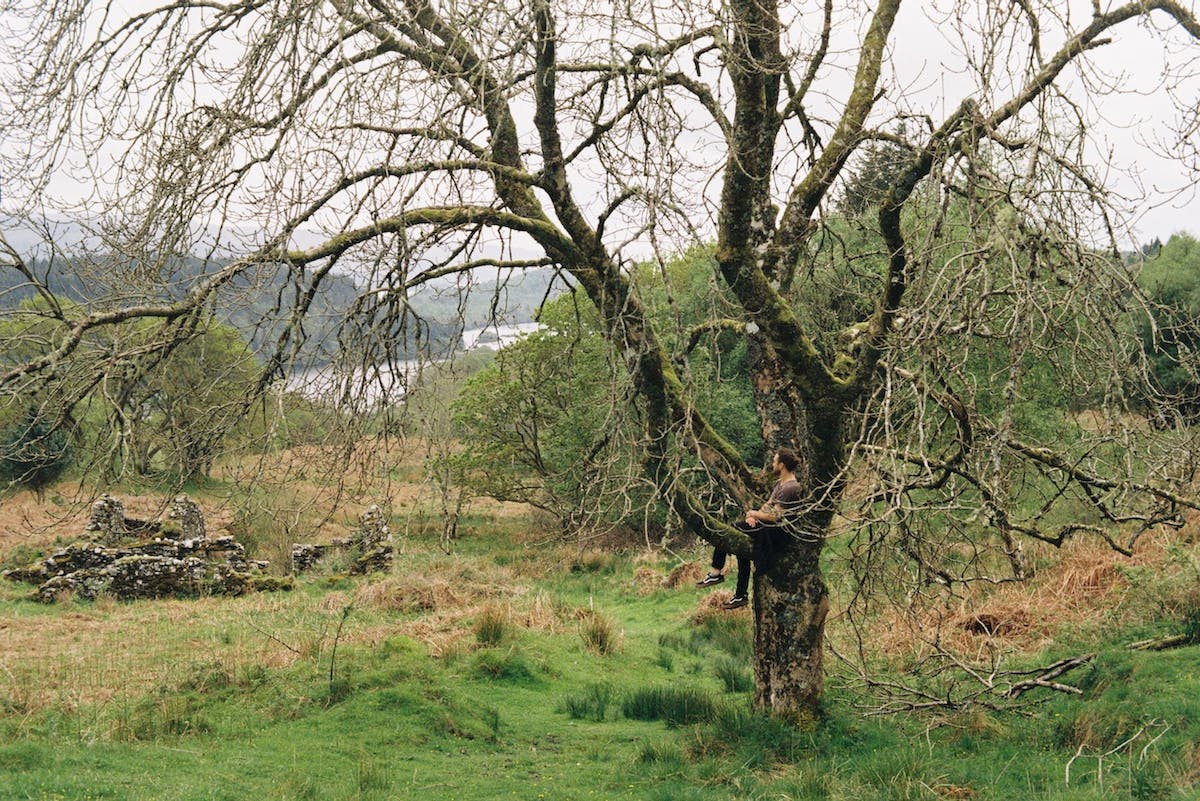 After we got home, I Googled Arichonan to find out what happened to the villagers. After their revolt was quashed — like Laura’s ancestors and mine — they moved to Canada.