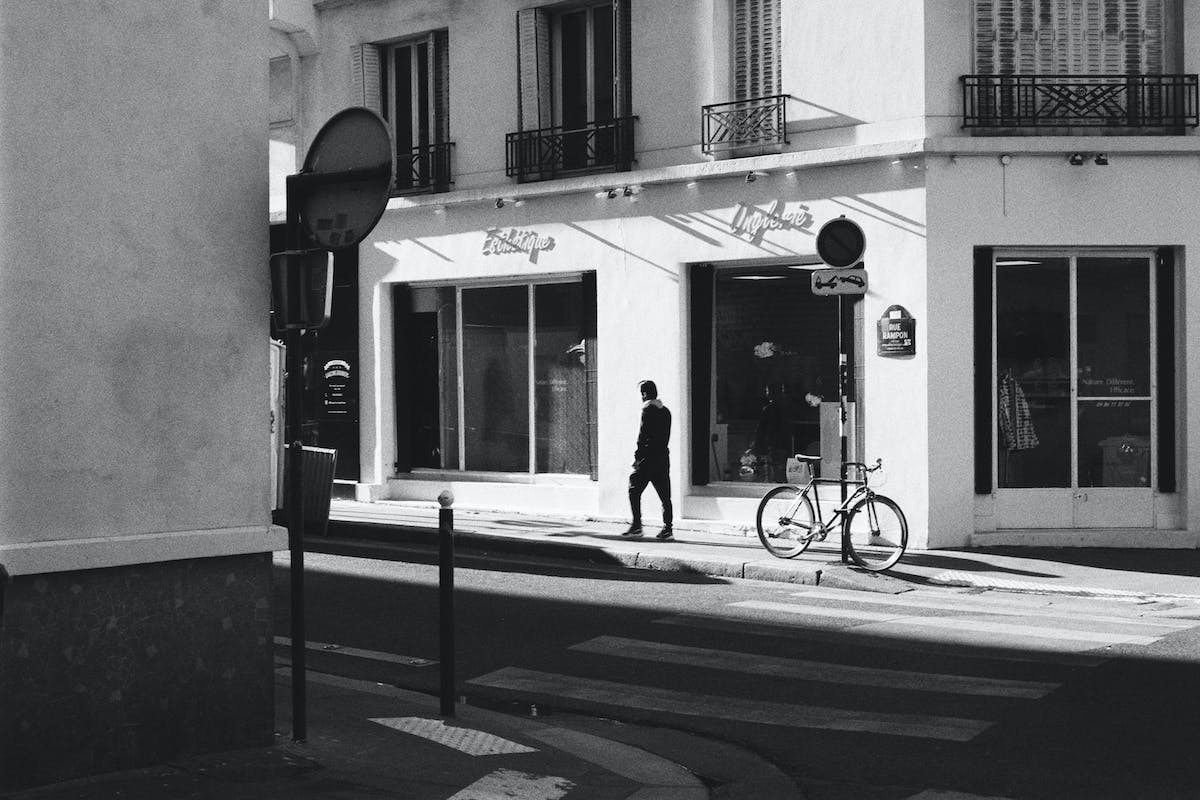 Black and white photography searches for shapes. Colors appear grey, so texture only comes from contrast. Paris offers a lot of contrast. 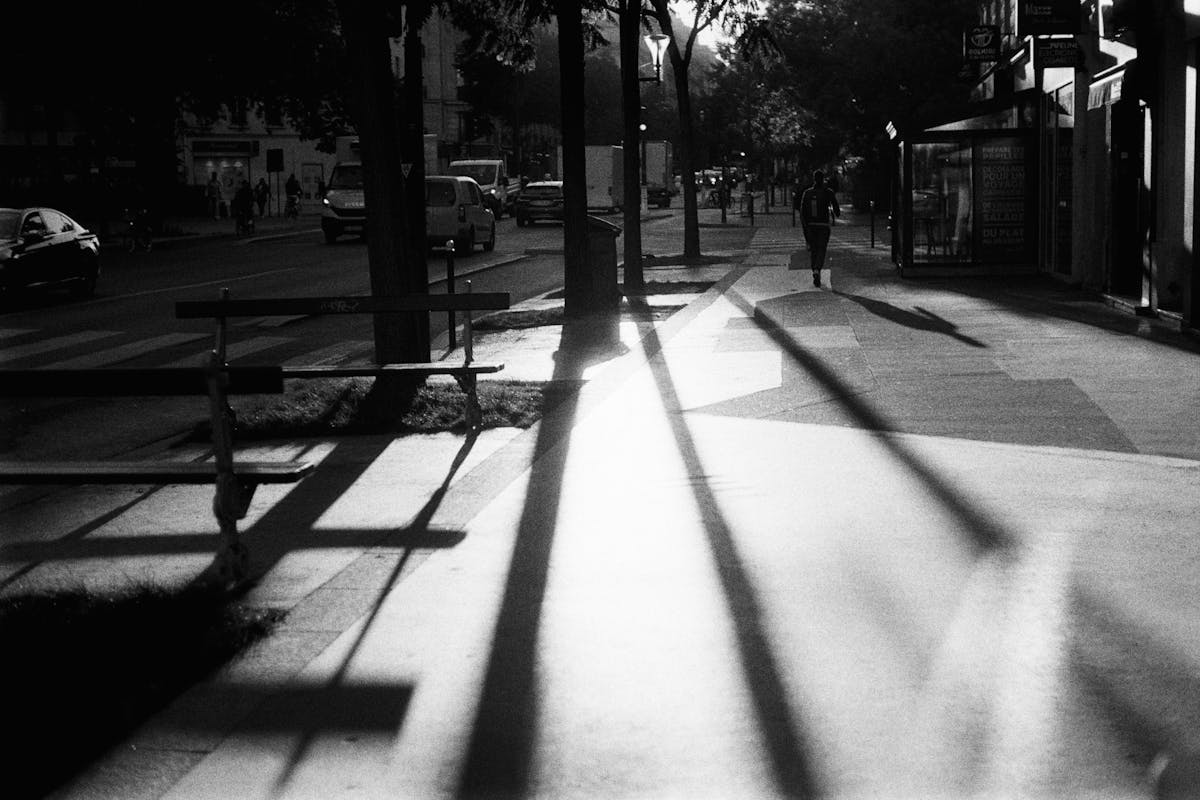 One morning in September, I went out for a walk with my camera before work. The morning light poured out of the side streets, casting dramatic shadows across the ground. 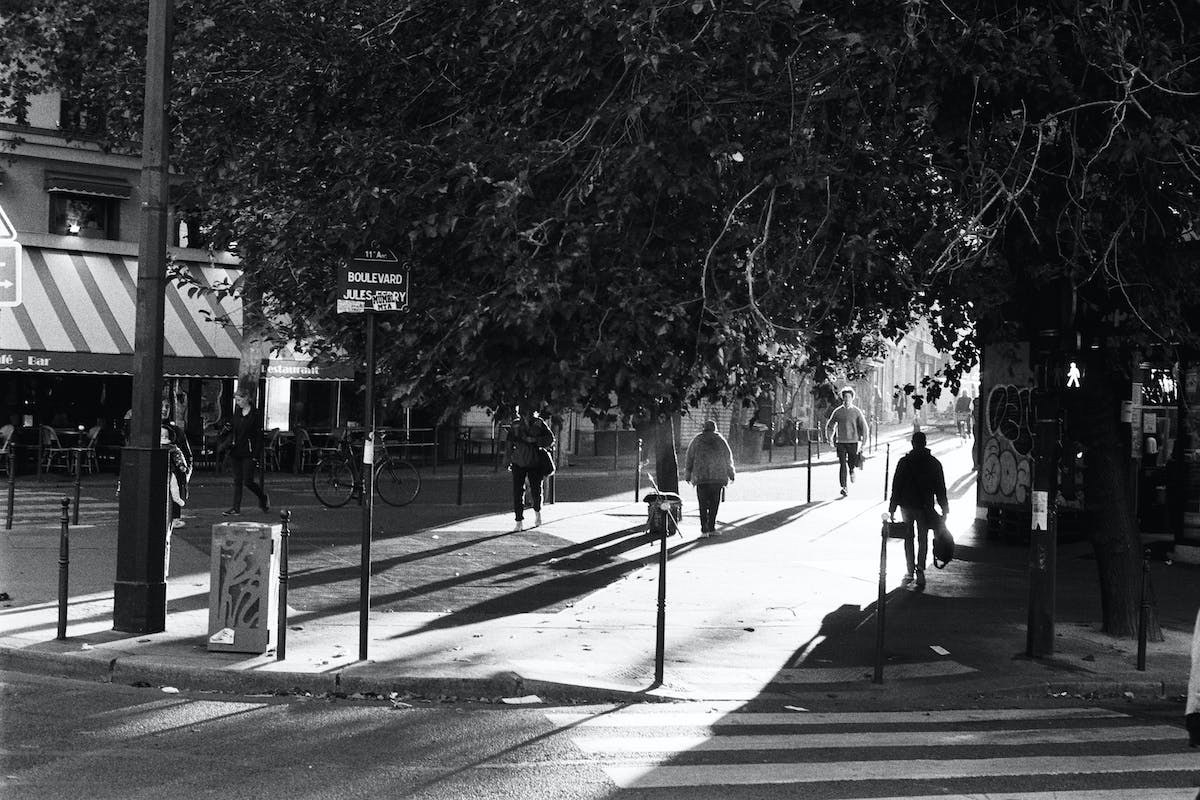 I stopped for a while at the intersection of Rue de la Fontaine au Roi and Boulevard Jules Ferry. I like irregular intersections, because they create great scenes. Here, three streets converge at strange angles, creating a wide-open sidewalk, which on this morning was full of busy Parisians on headed to work.

I love the shot above, with the young man sprinting toward the camera, outlined by sunlight, briefcase in hand. 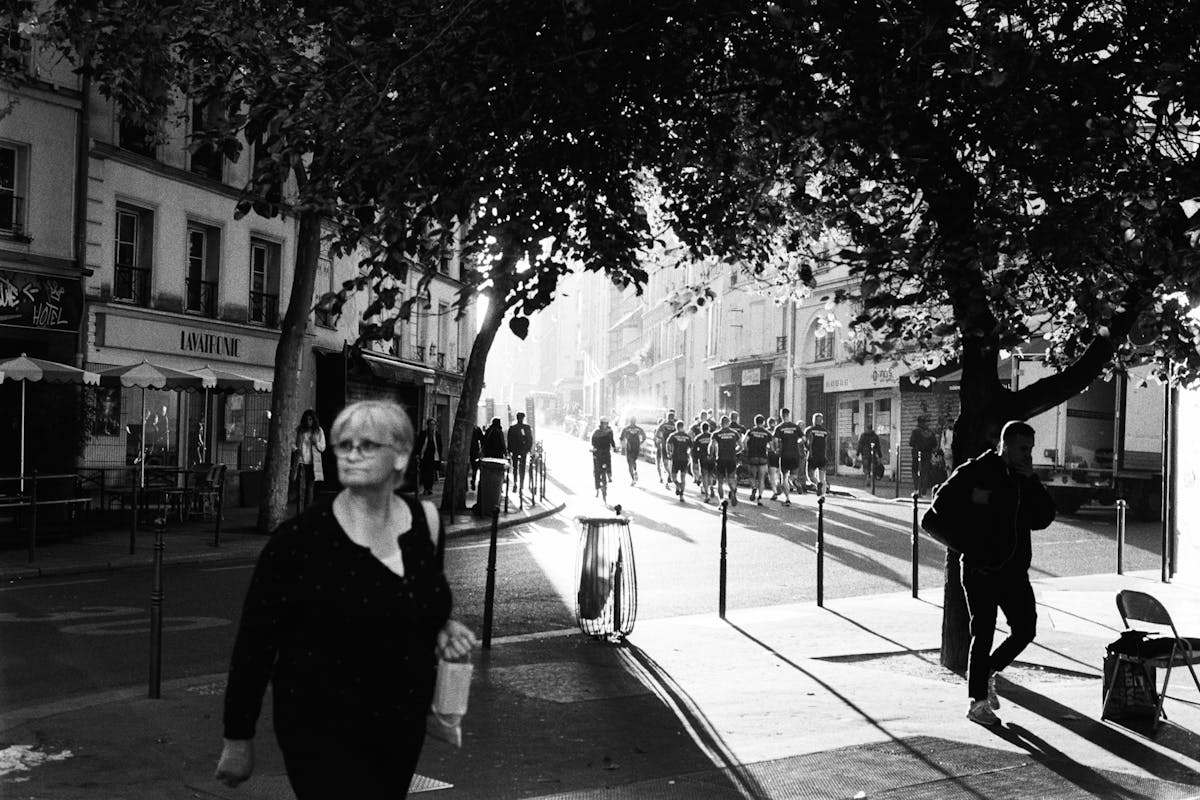 As I was ready to keep walking, a squad of firefighters came around the corner on their morning jog, heading directly into the sunlight, and I snapped this chaotic shot. I wish it was cleaner, but somehow I feel like it works: the trees framing the firefighters; the out-of-focus woman’s light face against the dark buildings; the light completely washing out the end of the street, like a portal to heaven. It feels like a little slice of life. 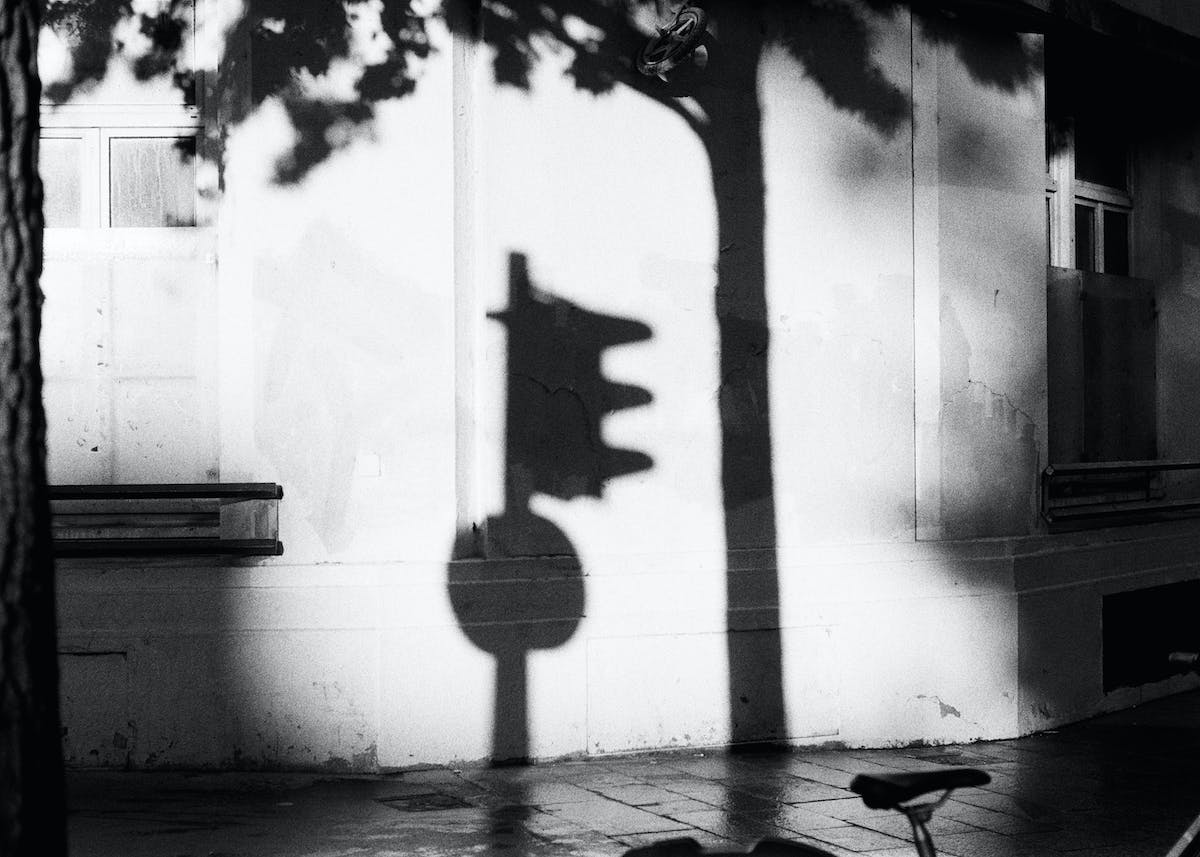 I spent a while trying to capture a person walking past this funny shadow on the wall. In the end, I decided my first shot, devoid of people, was my favorite. The traffic light is talking to the tree. 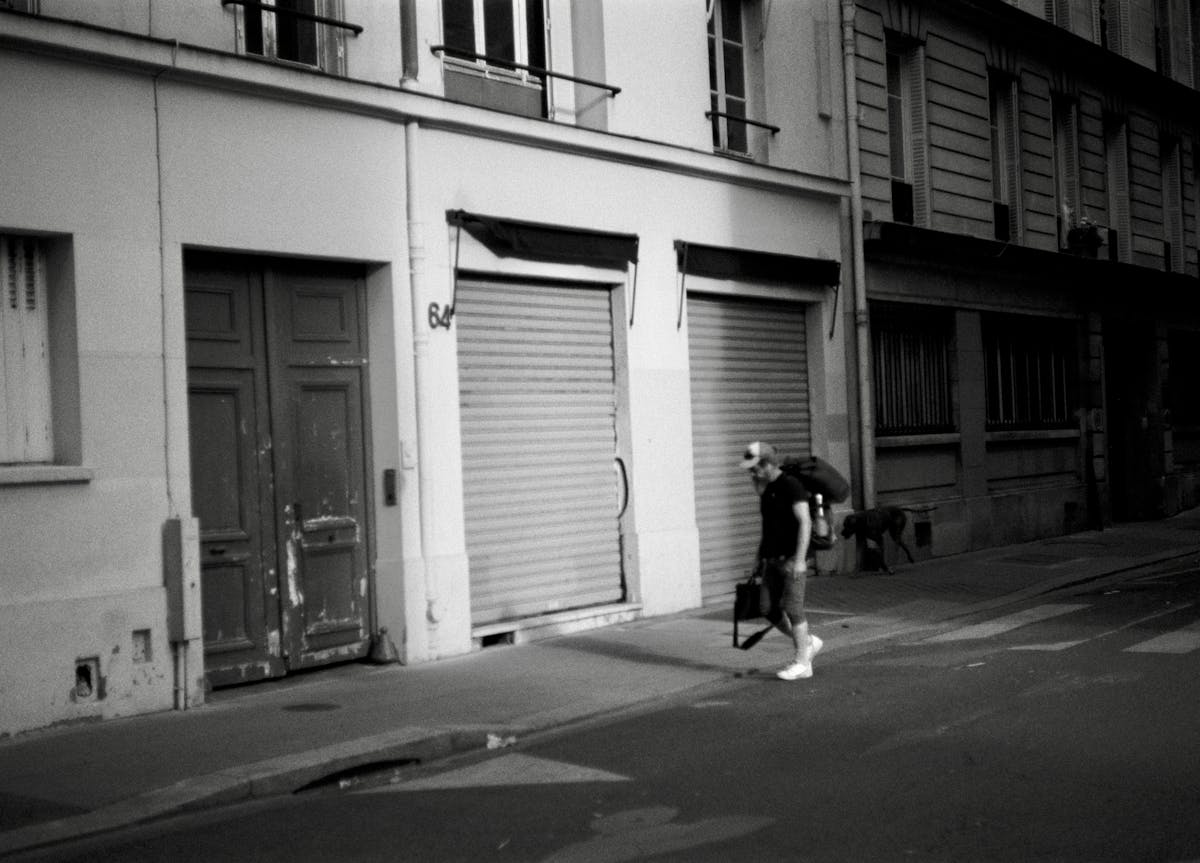 This photo has two problems. It’s out of focus. And, I snapped about a half a second early — I wanted the man in the middle of the frame. But every time I scroll past it, it stops me. I think it’s the movement: left–right light–dark; the man walking with a heavy head, heavy bag, and maybe a heavy heart; the old, battered door weighing the photo down, tilting it to the left. It feels like a long march home.