Christmas came early this year. Literally. Claire and I exchanged gifts at home in Glasgow before flying to Canada for the holidays, and I got a new camera.

This is the camera I’ve been using for the past year, the Revue SC-3: 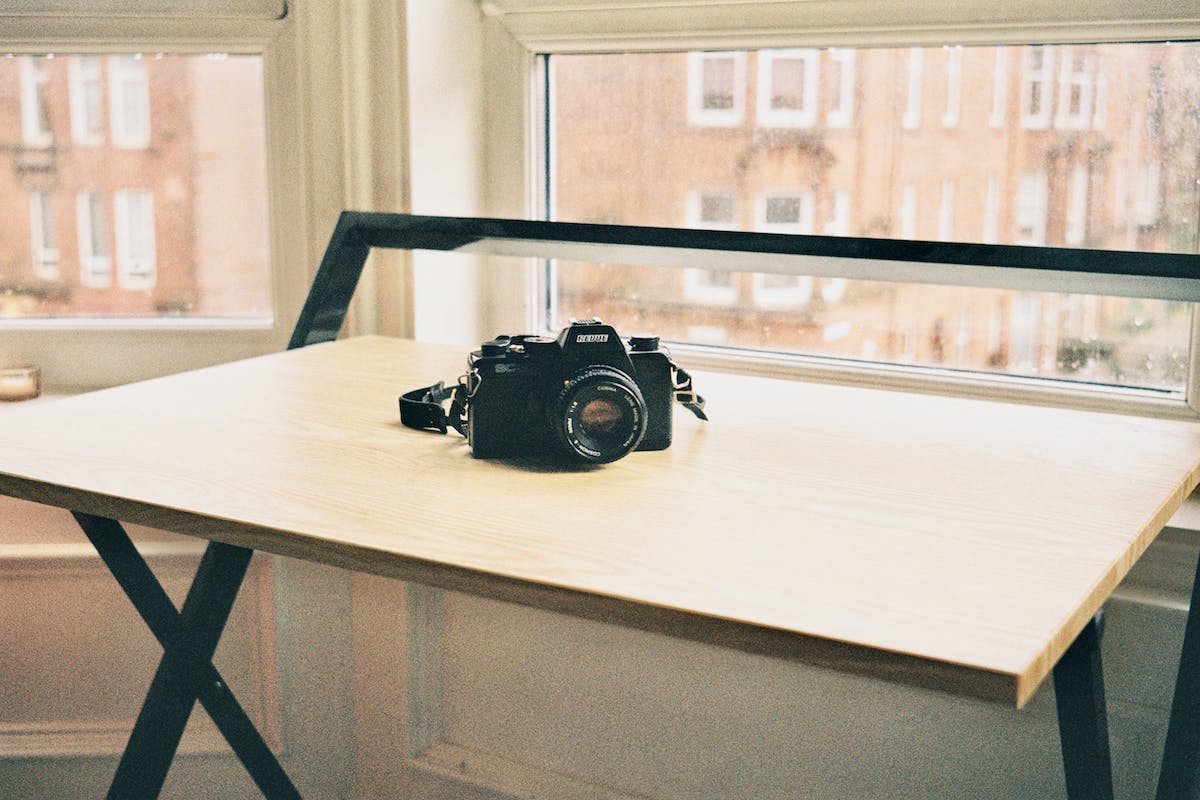 Technically, it belongs to Claire. She bought it at Mauerpark Flea Market in Berlin. It was cheap, and it’s fantastic.

This is the camera that Claire gave me for Christmas, an Olympus Trip 35: 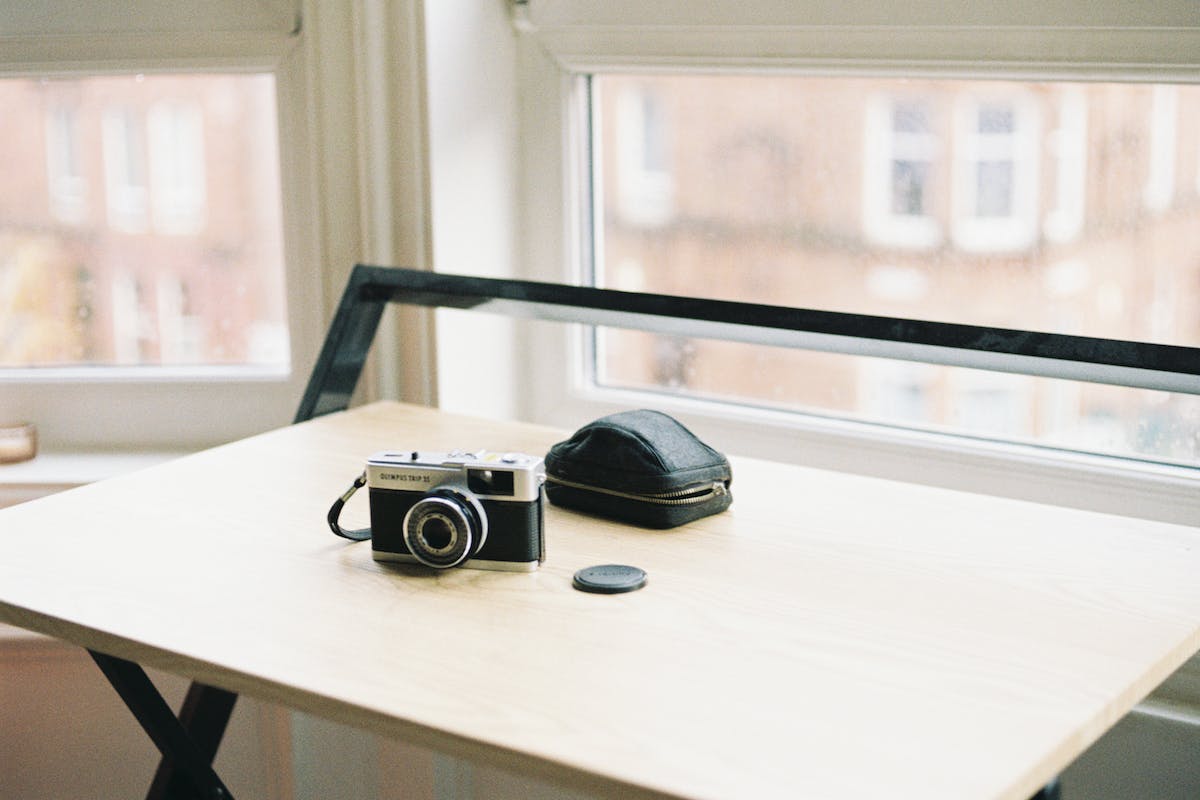 This is a beautiful, small, well-built camera. It’s a compact camera, meaning it doesn’t have all of the settings of the first camera.

The camera automatically sets the shutter speed and aperture. Amazingly, it doesn’t need a battery to do so. It uses something called a “selenium cell,” which is still powering the auto exposure after many decades. The camera will also block you from taking a picture if the light is too low. You manage your focus with generic settings (portrait, two people, group shot, infinite).

This is not a precision instrument. It’s small, light, and effective. It’s really meant for street and travel photography, hence the name “Trip.”

I love the idea of a camera that I can throw in my backpack or my pocket to go out for some street shooting. I also really like that it’s less obtrusive than a clunky SLR, which makes it better for street photography.

With the Revue, I overexposed the photo to compensate for back-lighting, and I used a low depth of field to keep the focus on the camera.

With the Revue, I didn’t have that control. Due to the backlighting, the camera was a little underexposed. And, because I couldn’t control the aperture, the background is less blurry.

However, it’s still a great picture and the focus is quite sharp. Due to the latitude of my film, it’s no trouble to boost the exposure in editing to bring out more detail on the dark camera body.

Afterwards, I had a few shots left in the roll, so I finished them off on a walk around the neighborhood. 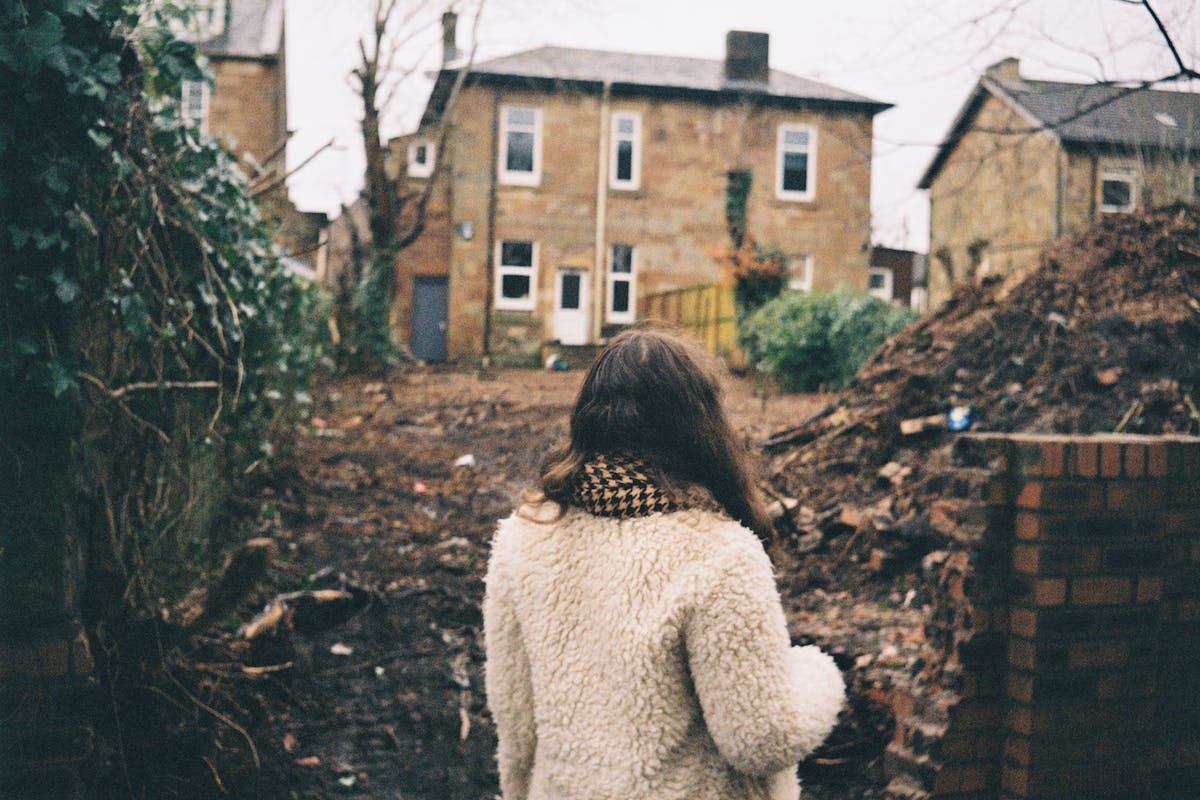 I was most worried about the focus, but most of my pictures came out sharp. This is in part because the camera defaults to a narrow aperture, making it ideal for outdoor photography, when you have lots of light and want a wide depth of field. 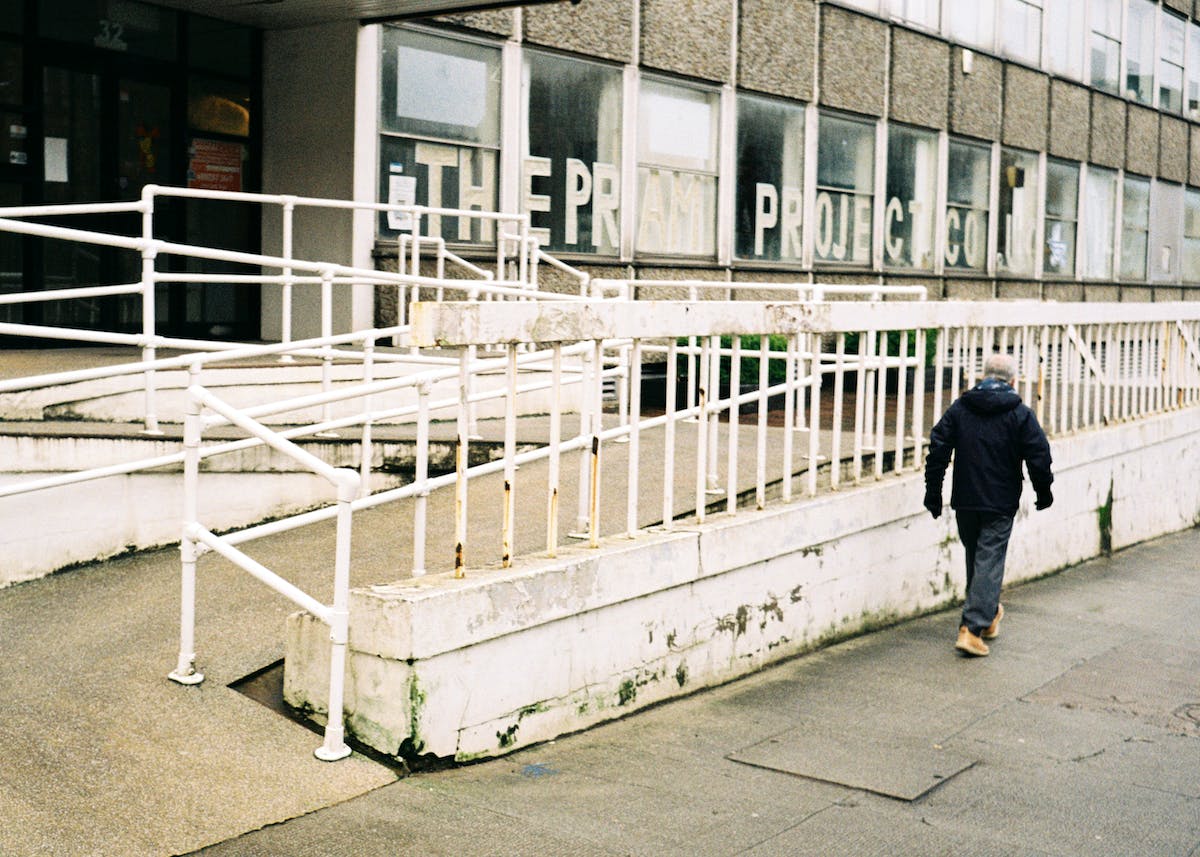 The nondescript camera definitely made it easier to photograph passersby. Most people didn’t seem to notice me. 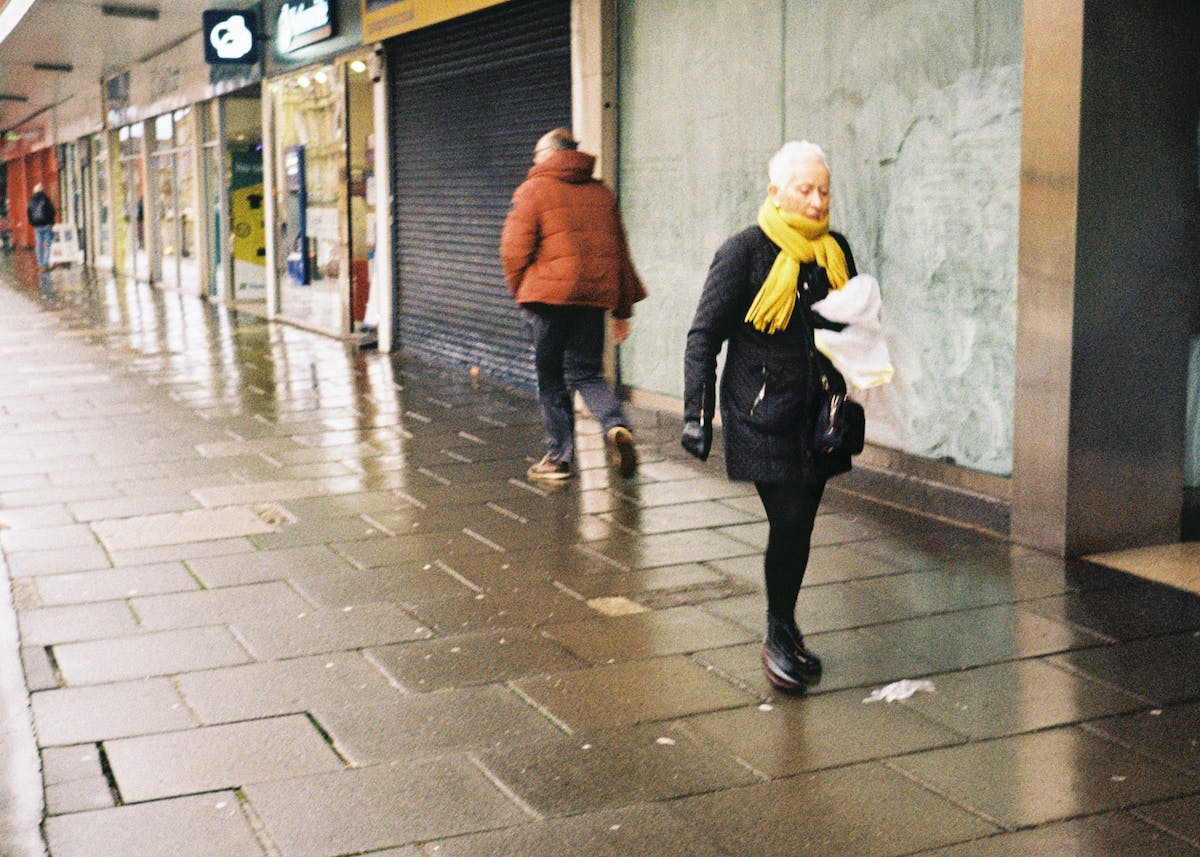 The camera also has a 40mm lens, which captures a wider field of view than the 50mm I’ve been using with the Revue. This creates a challenge, because you can get more action in your shot, but you need to be more careful to avoid cluttering your composition. 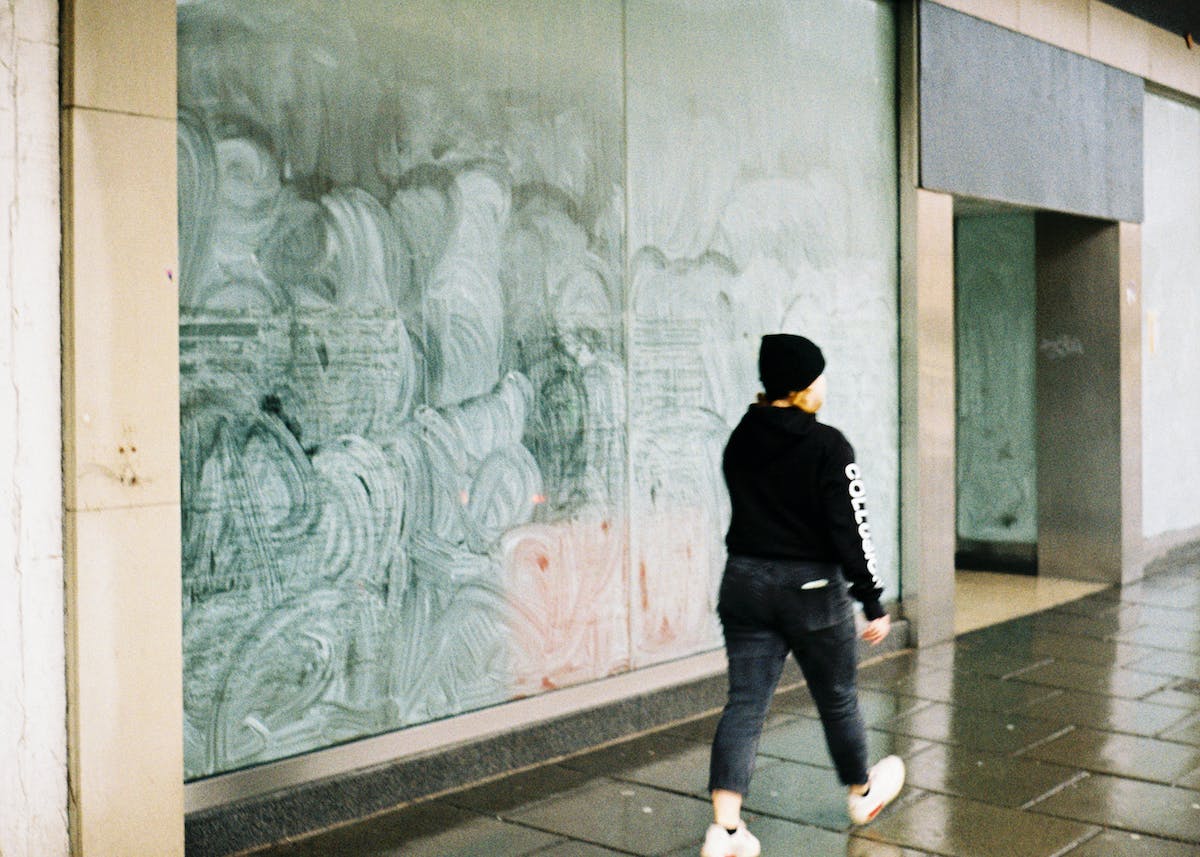 But a wider angle also means you get more environment, like these broad shopfronts.