On Tuesday, I took a detour on my lunch break. While biking from Glasgow’s Southside to the West End, I stopped at the derelict Govan Graving Docks.

The dry docks were constructed from hand-carved granite over thirty years, up to 1898. A graving dock is historically used for scraping, cleaning, painting, and tarring the hull of a ship, but these ones were built for ambitious repairs on the largest ships in the world. 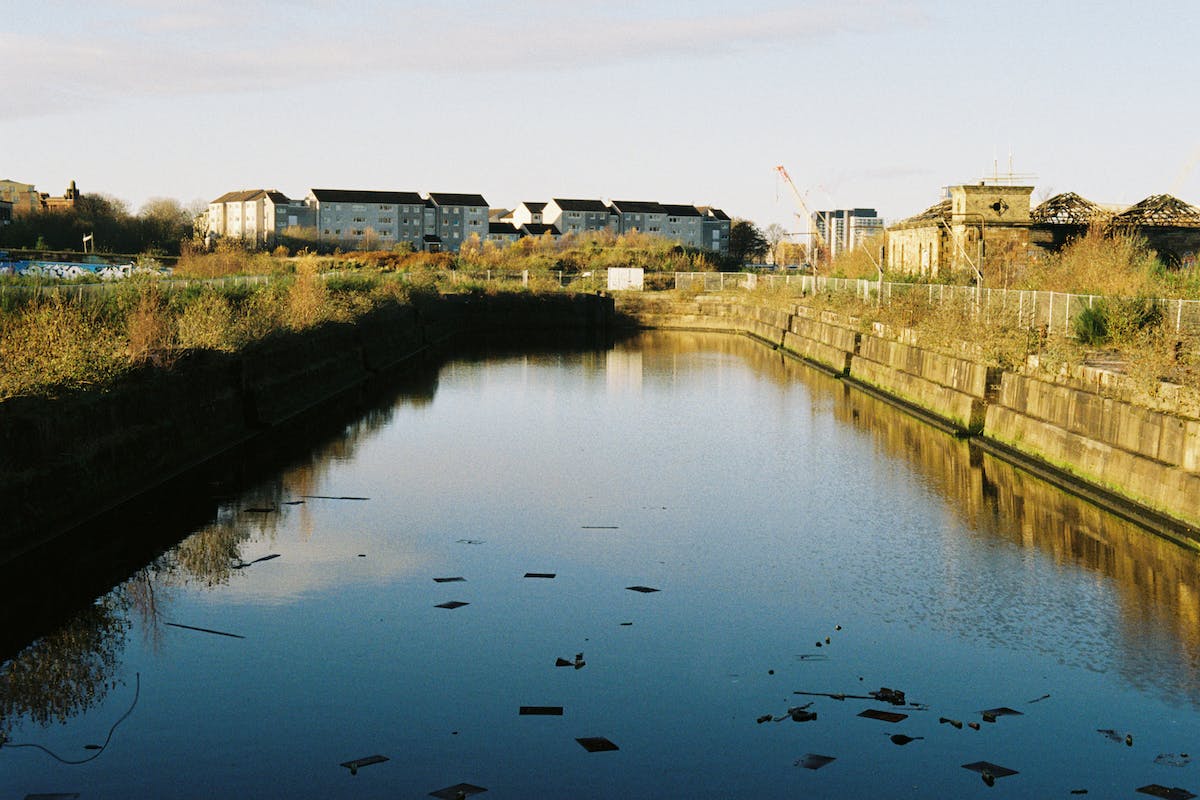 The docks closed in 1988. Even after thirty years of abandonment, the granite basins stand strong. Today, they’re open as a sort of ad-hoc city park. There’s no signage for them, just an entryway through a metal fence behind some warehouses. The cobblestone quays are completely overgrown with weeds, bushes, and trees. In some places, it’s full forest. 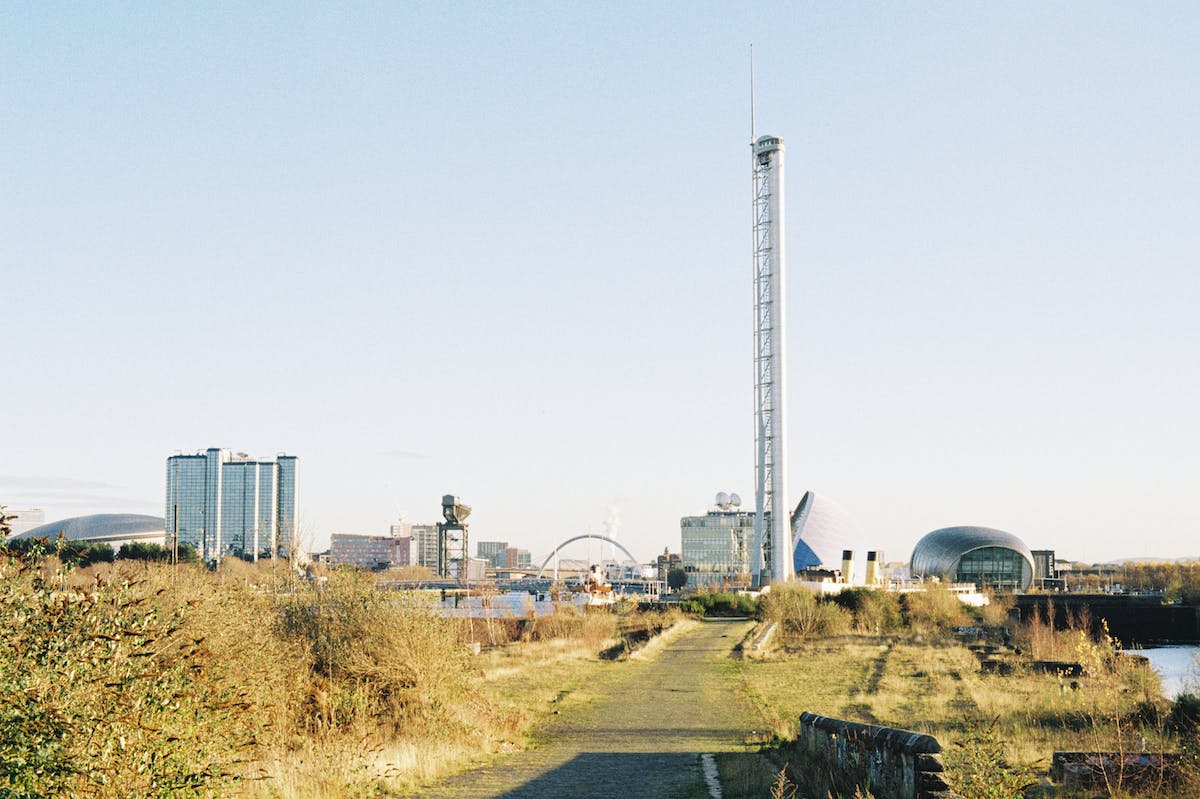 Walking through the bushes, you feel like you’re wandering in a wetland, before you emerge and see the Glasgow skyline directly ahead. 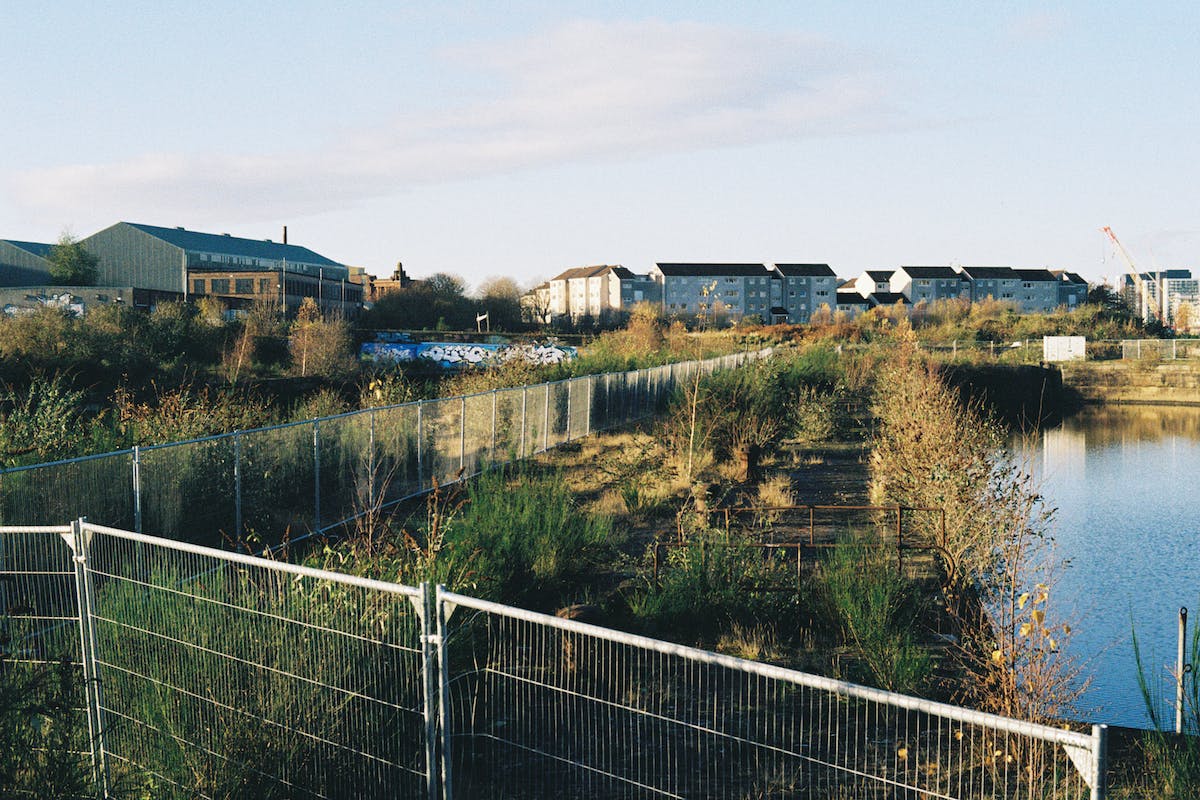 There are a few barricades fencing off areas that are presumably dangerous, but even in the open areas I watched my footing. There were holes in the ground, slippery ledges into the river, unsteady wooden bridges, and broken guardrails. 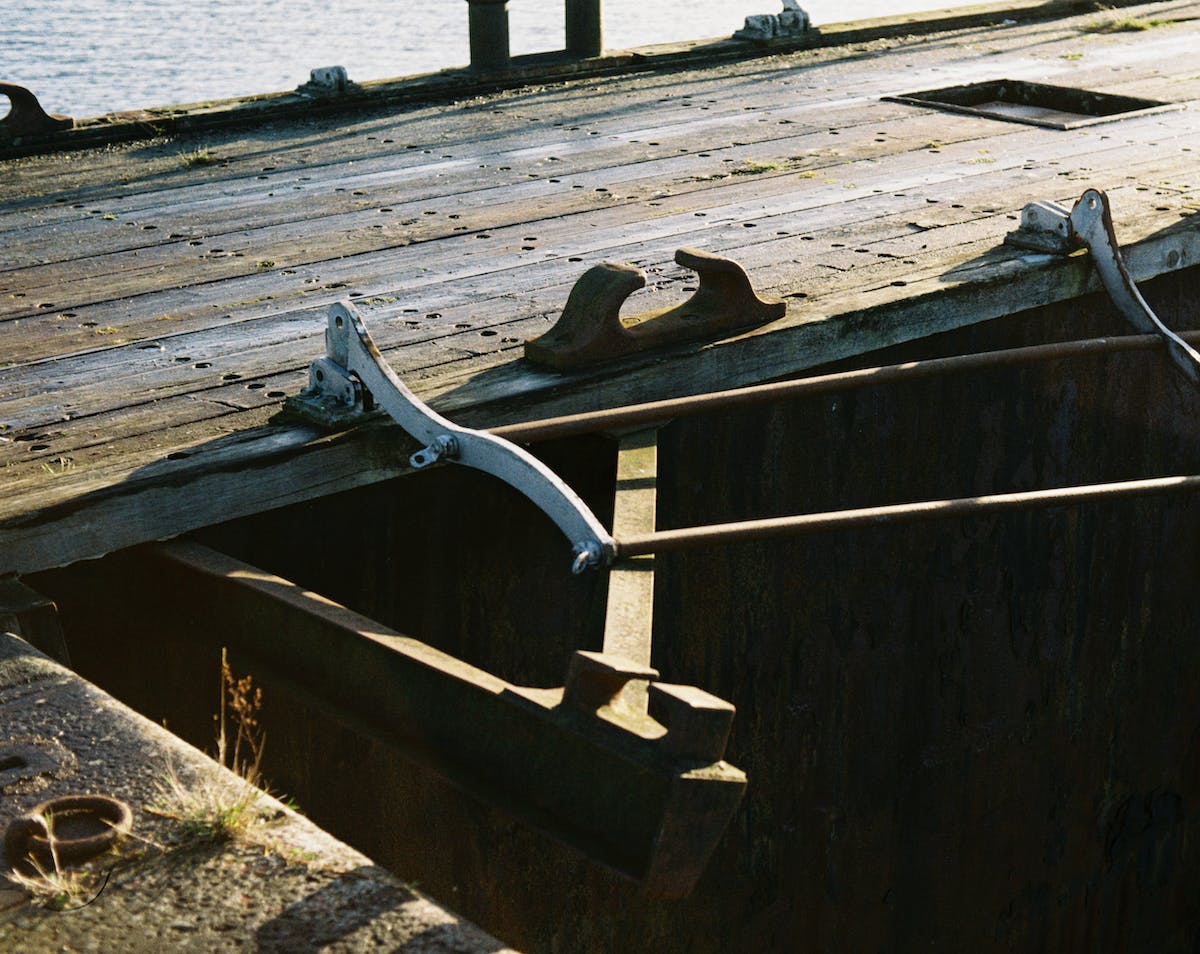 It all feels a touch overwhelming. Men here created a monument, and nature has built another on top. Forests on the piers. Wetlands in the dry docks. 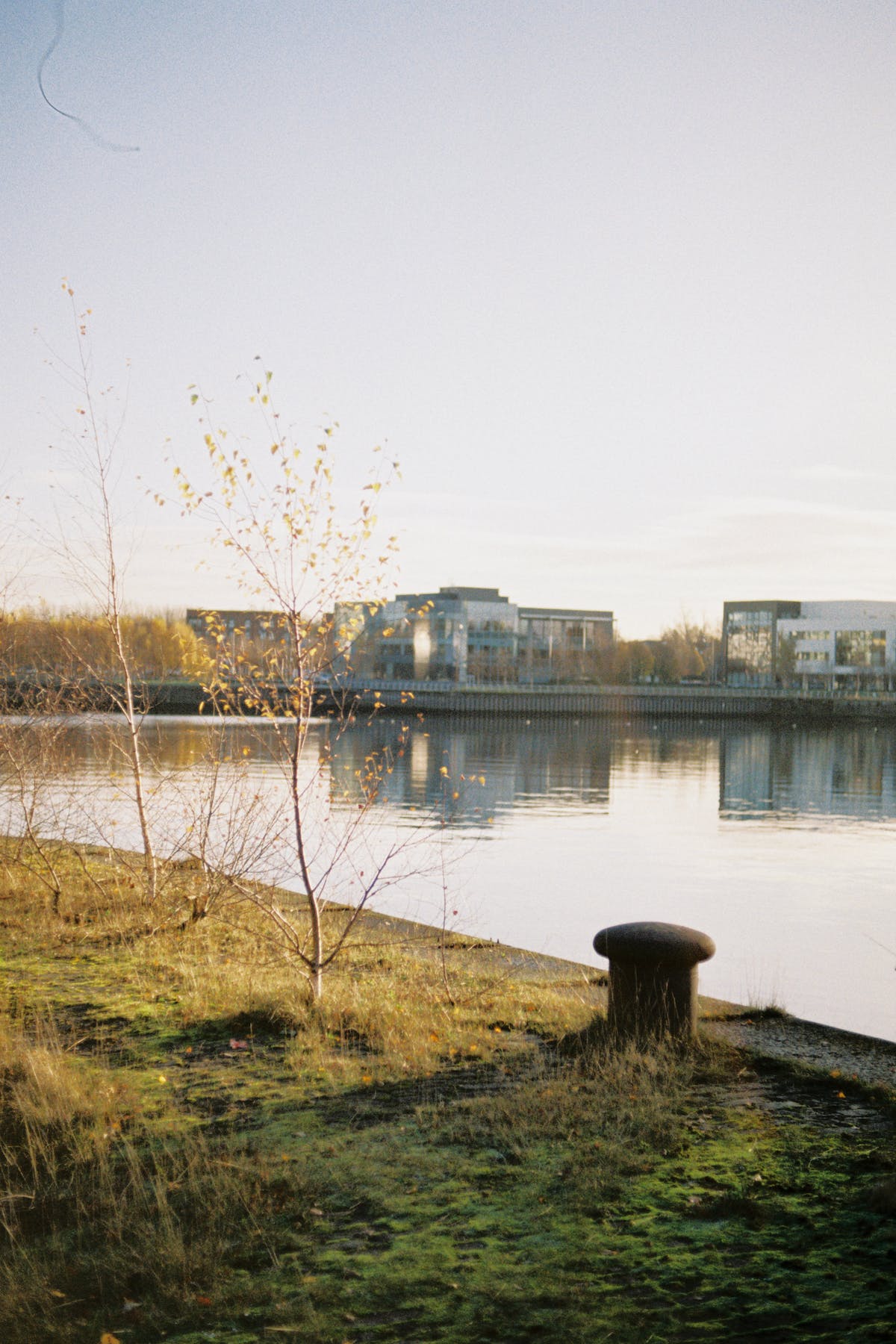 One building remains on the site: the old pump house. Fences lazily protect it, but there’s a wide opening where a gate used to stand. Whoever maintains this place seems to think that upkeep is futile.

The pump house is an impressive stone building that no longer has a roof, windows, or doors. Between the tall stone walls with huge empty windows, it feels like a roman ruin. 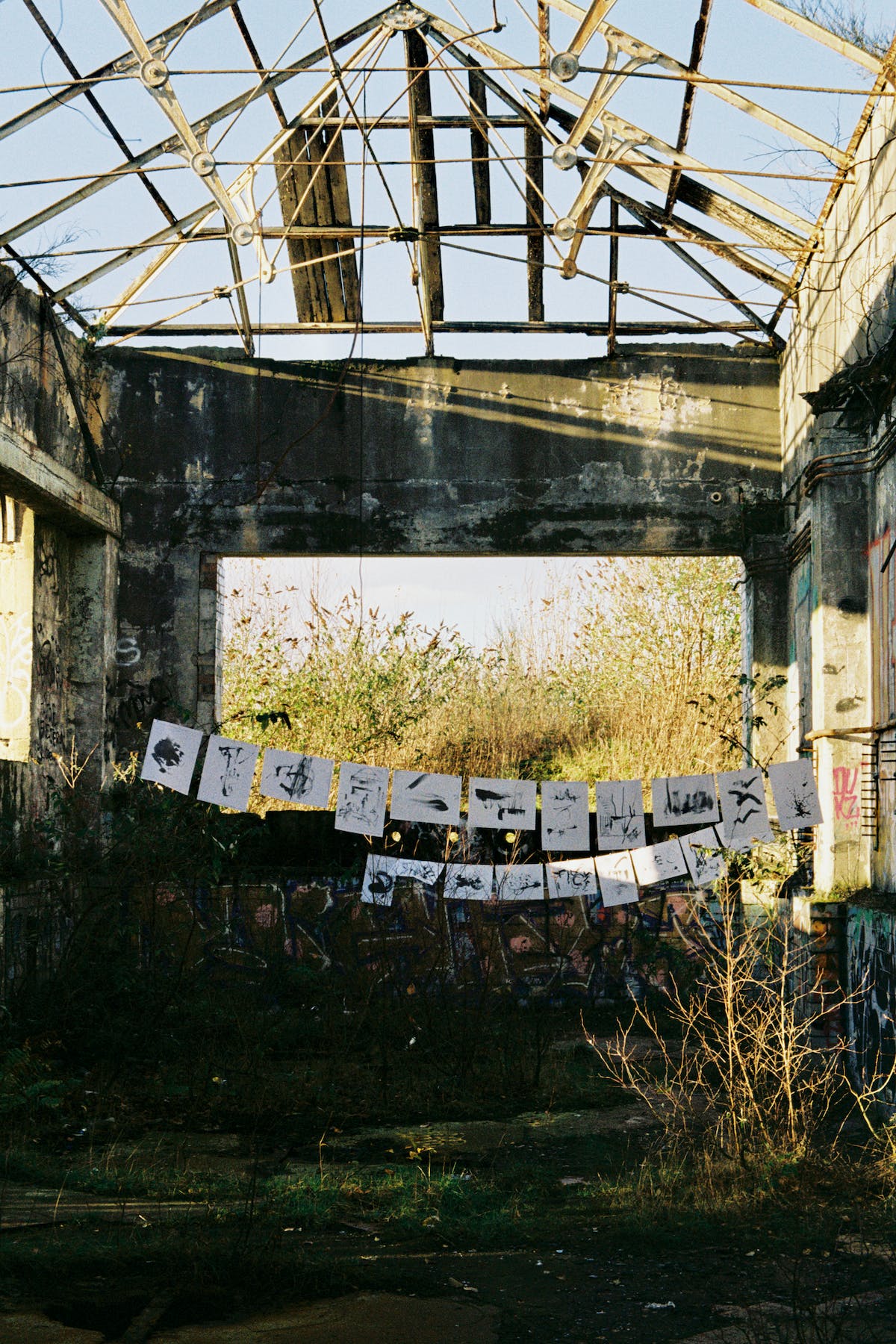 Inside the pump house, I discovered a treasure: a guerrilla art installation. An anonymous artist had strung up abstract calligraphies between the walls in the main hall. Despite Glasgow’s incessant rain, the papers were crisp and dry in the open air. The artist has just installed them within the last day.

I stood and stared for a long time, absorbing the feeling that I was in a temple. The impenetrable posters felt like hanging prayers — like a secret in a secret place. Who hung these? Who for? 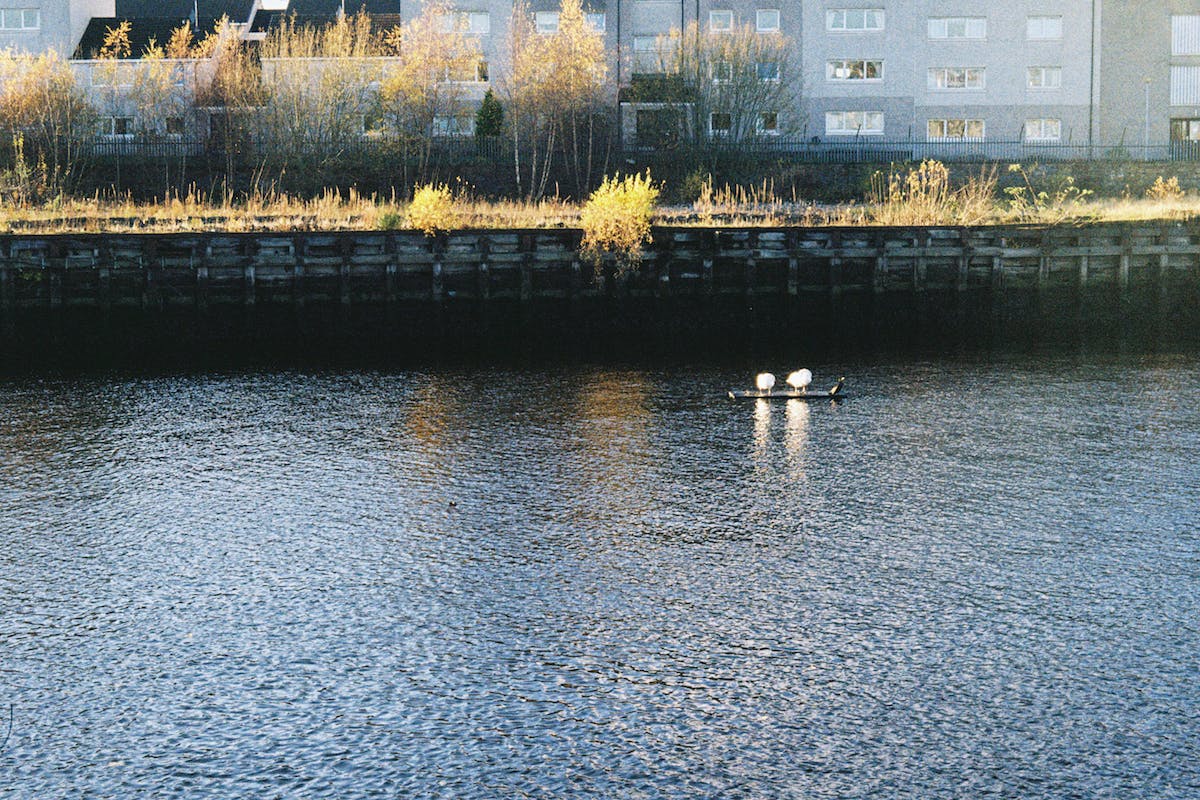 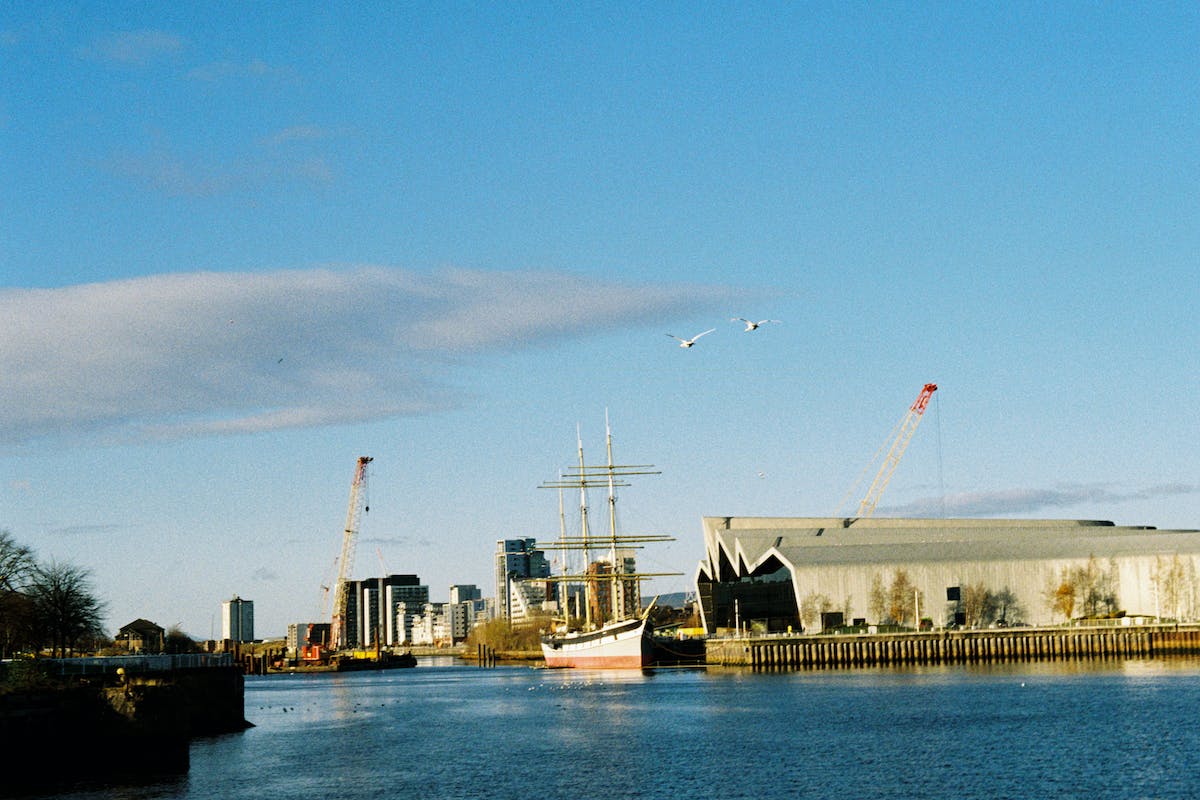 After a while, I wandered out, passing some community garden plots and a pile of burnt garbage. In the river, two swans rested on a floating dock, heads tucked under their wings. They peaked up for a moment as two more swans flew overhead, traveling west from the city center toward the ocean. 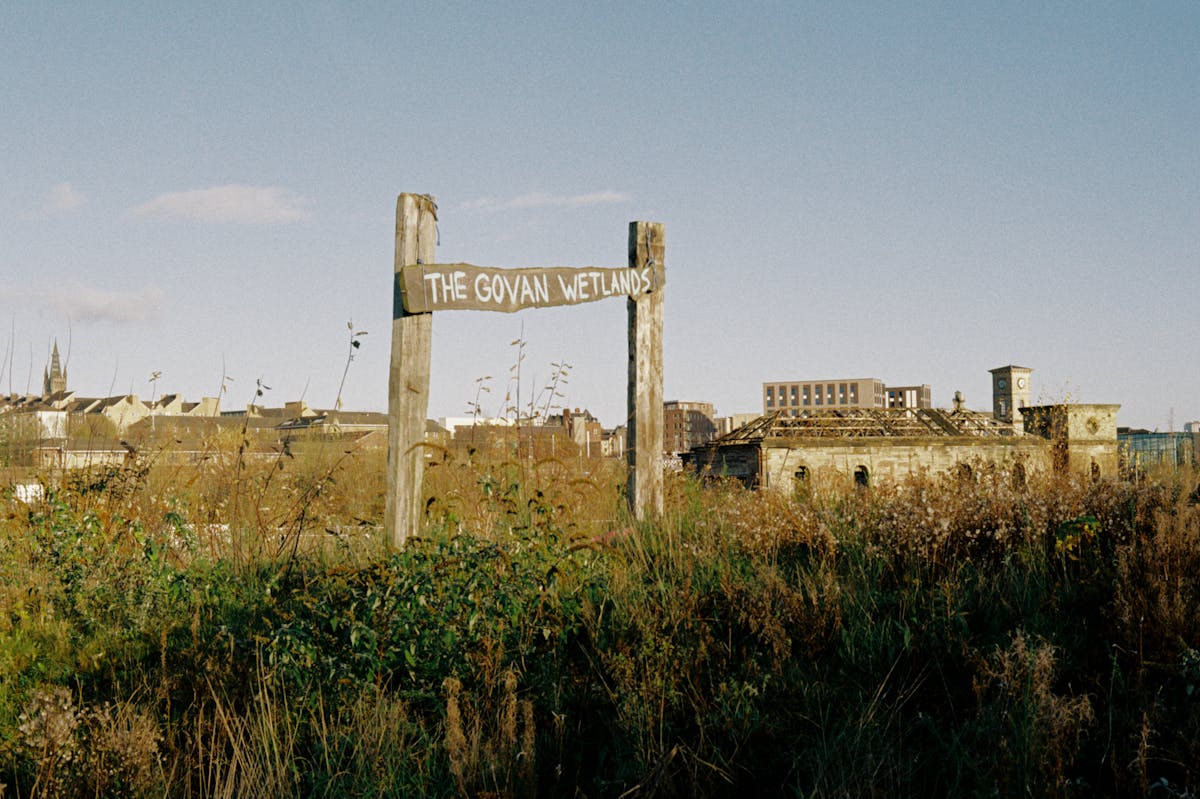 Leaving, I paused to look at the sign at the entrance — hand-painted on scrap wood — announcing the Govan Wetlands. The sign stands in lieu of any official signage that might otherwise welcome visitors to a city park, a historic monument, or a future development site. For now, at least, the place has been reclaimed.